Gratiot Avenue is one of Detroit’s 5 original main avenues (along with Woodward, Michigan, Jefferson, and Grand River) that branch out from downtown like the spokes of a wheel. It’s one of those major arteries that I always rejoice to come across because it means I’m not lost (Detroit’s vastness and my questionable sense of direction–my not-so-secret shame–means I spend a lot of time being lost). This is probably the primary reason I love Gratiot, but it has a unique character of its own and is known for its street and sign art and its views of downtown. Inspired by Motor City Muckraker’s photo essay featuring Gratiot, Deadline Detroit’s “A Day in the Life of Gratiot Avenue,” and my own trips up and down Gratiot, I decided to spend a couple of hours exploring and photographing part of this historic avenue on my own.

Gratiot was one of the first avenues (along with the other four mentioned above) laid out during the city’s recovery from the devastating fire of 1805. It branches out in a northeasterly fashion from downtown to 8 Mile Road, and then continues on outside the city limits for another 18 miles.

South of 8 Mile, within Detroit, there are high levels of structural deterioration and vacancy — some of the structures that Motor City Muckraker photographed in 2013 are either not there anymore or have changed uses. Also, my photos start at Hunt Street and end at I-94; while I’ve explored the part of Gratiot that runs from I-94 to 8 Mile, I haven’t photographed it yet. In the map of Detroit’s blighted and vacant properties below, you can see that there is a much higher density of blighted structures recommended for demolition on the section of Gratiot running north of I-94.

Despite the loss of many of its retail, restaurant, and community (churches, a library) spaces, this is a pretty lively section of road, with some amazing street and sign art, and the neighborhoods surrounding it seem to be doing all right. There are a lot of beautiful older homes right off the avenue, and I spoke with a family who is in the process of rehabbing their house that sits off Gratiot. They told me that 2 or 3 years ago, it was in terrible shape, but they’ve been slowly working on it, replacing windows and improving the exterior. I saw that their neighbors were doing similar projects on the exteriors of their homes.

I’m hoping that some of the historic structures along this section of Gratiot were among the 27 chosen for the Motor City Match Program, which pairs businesses needing retail and office space with available real estate (typically older structures) in the city. 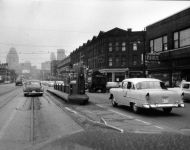 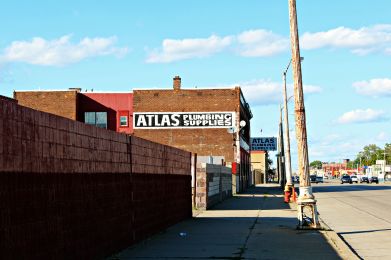 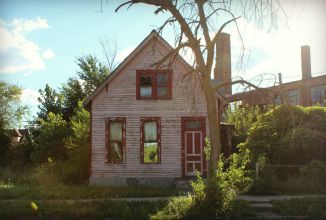 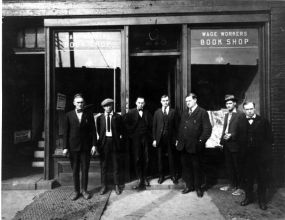 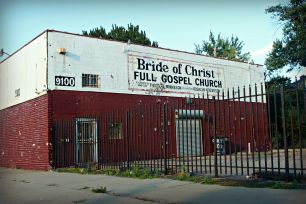 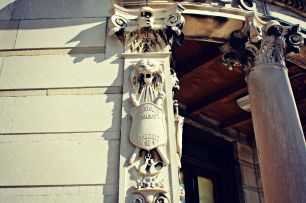 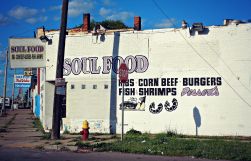 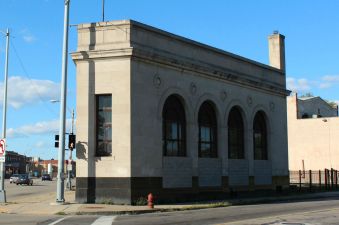 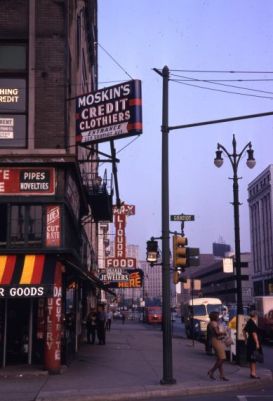